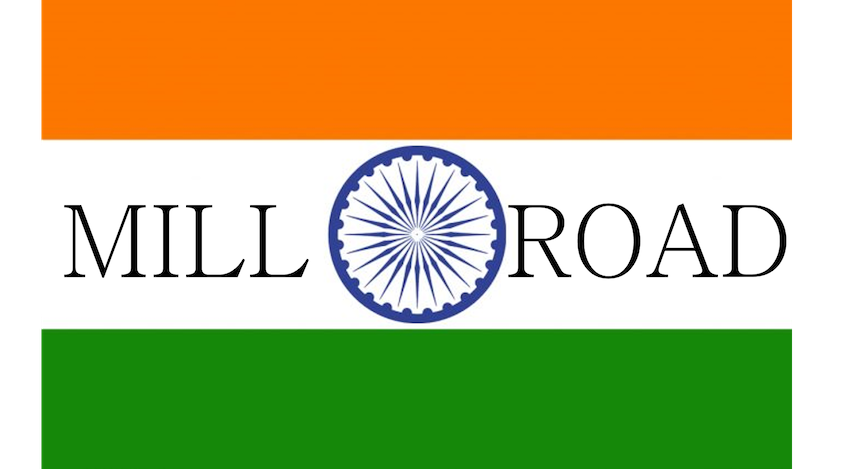 Mill Road History Society and partners invite you to a free drop in event to mark the 70th anniversary of Indian Independence as the Deaf Centre (off Mill Road, behind Cutlacks).

This event is part of Open Cambridge 2017.

The Deaf Centre, which is fully accessible, has a main and a small hall. This programme gives you estimated timings for events in each. Feel free to move between the two in a way that does not disturb performers. In the small hall, there’s a chance to socialise, with short films, and a small exhibition. Between 12.30pm and 2pm sample Indian finger food specialities thanks to Amrik and Raj Lally of Lally’s News.

10.30am – 11.15am Main Hall
An Indian Doctor in Mill Road, Upendra Krishna Dutt and his remarkable family

At the turn of the 20th century, 25 Mill Road was the home of Dr Dutt, his Swedish wife, and their children (all later prominent Communists). Venue for the Majlis Society and host to visiting Indian nationalists, today’s Petersfield Surgery was once awash with international idealists. Join historian Jo Costin for a talk on this fascinating family.

Kevin Greenbank, Archivist at The Centre for South Asian Studies, will introduce Cambridge University’s Indian collection of photographs, letters and albums.
This will be accompanied by an exhibition of images from the collections about Independence, Partition and Decolonisation.

Students of Sanskruti School of Dance present Bharatanatyam – an ancient classical Indian dance form from the temples of Tamil Nadu.
1) Pushpanjali (offering of flowers), an invocation in Raga Nattai, Adi Tala will be performed by beginners.
2) Alarippu (to blossom in Tisram) will be performed as a solo by Oishani Goswami.
3) Mangalam.

Meet some of the colourful characters from this fictional South Indian City in this DVD dramatisation of episodes from RK Narayan’s Malgudi Days, published in 1943.

Explore India through treasured objects. The session will start with a group of women from the Indian Subcontinent showing key objects they brought with them when they came to Cambridge and discussing why they chose them. Please feel free to bring an object from India if you would like to tell a story or ask questions.

Join us for a talk and demonstration by Tej Rao on the history of Indian jewellery from Mughal days to the present. www.facebook.com/indianjewelleryonlinestore
www.theethnicjoint.com

An interactive session with puppets by Marion Leeper of the Cambridge Storytellers, especially for young children and their families.

This website uses cookies to improve your experience while you navigate through the website. Out of these, the cookies that are categorized as necessary are stored on your browser as they are essential for the working of basic functionalities of the website. We also use third-party cookies that help us analyze and understand how you use this website. These cookies will be stored in your browser only with your consent. You also have the option to opt-out of these cookies. But opting out of some of these cookies may affect your browsing experience.
Necessary Always Enabled