Doors open at 7.0pm. The AGM will be followed by a talk
from Gareth Rees of Oxford Archaeology East:
‘The lost Baptist Cemetery on East Road and the development of 19th century East Cambridge’

6. Election of Officers. Chair, Treasurer, Secretary, and other members of the Committee

Thanks to everyone who came to see use at the Mill Road Winter Fair, I hope you enjoyed what you saw and heard and will come see us again next year.

A special thanks to our speakers:

And to the East Anglian Film Archive (http://www.eafa.org.uk) for permission to show some of their films.

Here are a few photos from the event taken by Emma Bonsall, Simon Middleton and Jane Phillimore.

And here is the film that Headway Cambridge showed on Saturday that talks about the research they did into the history of their new home at Fulbourn.

Many thanks to all those who took part in and helped organise the event and everyone who came and enjoyed themselves.

We’re happy to announce that our new brochure with the programme of events for 2017/2018 is available to download now.

Paper copies will also be available at our talks and in shops up and down Mill Road.

Remember, our first two events are coming up very soon:

In case you hadn’t seen it in our events list then here is a reminder of our upcoming event, Mill Road Celebrates India, part of Open Cambridge 2017.

It is a full day programme of events themed around the 70th anniversary of Indian Independence being held at the Deaf Centre on Romsey Terrace. The whole day is free, please drop in and out as you wish.

Coming up on June 23rd and 24th local playwright Paul Crossley, in association with the Mill Road History Society, is staging adaptations of two of Chekhov’s comedies. The Proposal and The Bear have been relocated by Paul to the Mill Road area and audiences should expect to hear references to local shops, pubs and even some residents.

We hope you will join us for this one-off experience at the ARU Drama Studio (previously known as Covent Garden Drama Centre) at the foot of Covent Garden.

Tickets are £7.50 each and are available from Eventbrite at https://chekhov-millroad.eventbrite.co.uk. 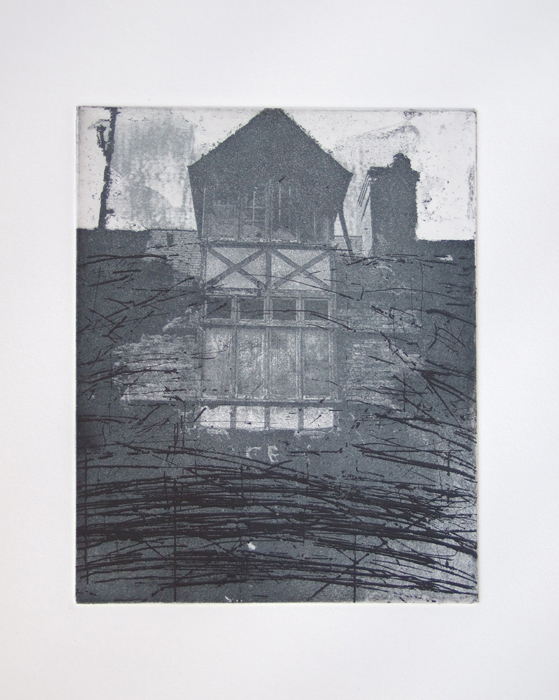 Local artist Ian Rawlinson has an exhibition of new work at The Edge Café on Mill Road (next to Brookfields Hospital) from 2nd May to 3rd June.

From the press release:

NO MAN’S LAND is the third in a series of exhibitions inspired by Cambridge and uses imagery drawn from another area of the city connected to Rawlinson’s past; Mill Road. Whilst working on this project the artist has produced a range of work including drawings, collages, prints and mapping. His family history is once again an influence on the work and the search to find streets, buildings, features and names which remain intact amidst all the change, form part of his ongoing investigation into ideas of place and memory. In this series of work Rawlinson uses adjusted photographs and maps of Mill Road, reflecting the period that he lived in Cambridge. His drawings, collages and etchings depict significant buildings and places together with encroaching black forms and drawn intrusions.

You can also read the full press release.

Ian will be at the Café on Saturday 20 May at 6pm to talk about his work and present short films he has made about areas of Cambridge such as the Kite and Barnwell.

The Annual General Meeting of the Mill Road History Society will be held at the St Barnabas Centre (the Old School behind the church) at 7.30pm on Wednesday 10th May 2017.

Followed by an interactive (meaning we want to hear from members with their memories and information as we look at photos and maps old and new) Virtual Tour of Mill Road.

Your attendance would be greatly appreciated at both the AGM and the Virtual Tour. All are welcome to attend whether you’ve previously been to a Mill Road History event or not.

1. Apologies for Absence
2. Minutes of 2016 AGM
3. Matters Arising
4. Chair’s Report
5. Financial Report
A] Presentation of annual accounts for approval
B] Proposals for raising funds in 2017/18. Membership subscriptions and/or charging for talks and events
6. Election of Committee
7. Any Other Business

Last year, on the 20th November, members of the society were lucky enough to be invited to visit an archaeological dig site being run by Oxford Archaeology East. The site was on the ground to the East of the Leper Chapel on Newmarket Road and was a short test site prompted by the expected use of the area for the new cycle route in the future.

Oxford Archaeology have now completed their report into what was found on the site which you can download and read.

And here are a few photos from the Mill Road History visit.

The Museum of Cambridge has an interesting event coming up this Thursday which you may be interested in.

Cambridge’s Archaeology in a View from the Hill.
Thursday 24 November, 7pm – 8.30pm
Museum of Cambridge

Talk by Alison Dickens, of the Cambridge Archaeology Unit

The Museum has recently acquired the stunning 1840 picture: ‘View of Cambridge from Castle Hill’. Painted by James Ward, it shows Castle Hill in detail, with beyond a panorama of Cambridge. The railway was still in the future, so the town depicted is small and compact, without the new 19th century suburbs that shaped the future City.

This detail from ‘View of Cambridge From Castle Hill’ shows the farm yard at the foot of Castle Hill. Nearby the painting shows a brick yard where the bricks were made to build the houses of 19th century Cambridge.